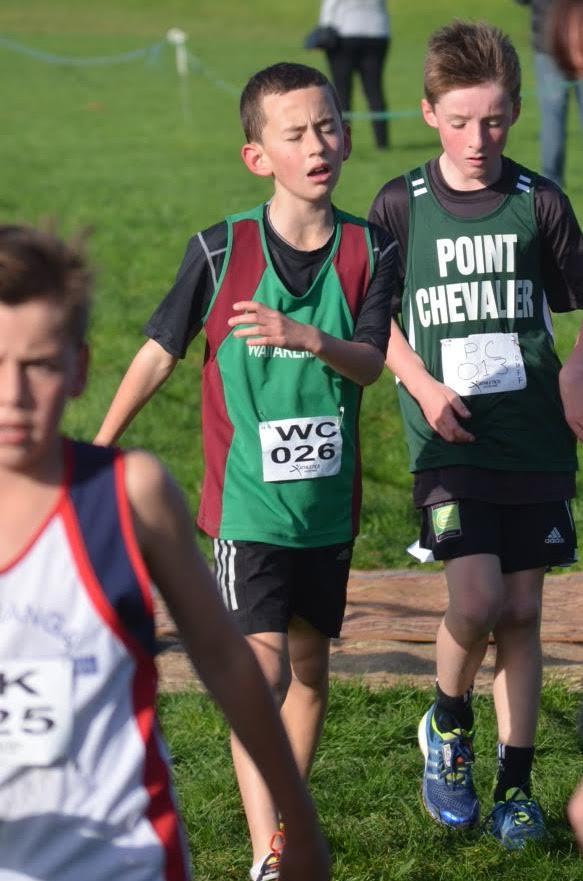 Grand Prix Series Race 3 was held at Barry Curtis Park on 13th June over a firm and fairly flat, fast course.
This doubles as the Auckland Team’s Championship. We only fielded three or more runners in BU11 and they were the second placed team.
Outstanding performance from Maddie Kelso-Heap to take first individual in the GU11, to go with Benji Meyburg’s second place finish, scoring Pt Chev’s first podiums of the season. Congratulations!! Sam Berry closed in on the top 3 with 5th place in BU13 while Robbie Kelso-Heap was 6th in BU9.
As mentioned, we were well represented in the BU11 with 4 runners.Toby Duff had another strong run to finish 7th while Ryan Christini was 20th, Koen Dettling 22nd and George Berry 24th.
Charlotte Pye was 23rd in GU13 while Gabrielle Christini and Marieke Richards played cat and mouse swapping positions around the course and finishing only a second apart in 18th and 19th in GU15. Benjamin Gregory was again pressing the front runners to finish in 9th in BU15.
Current and former Pt Chev athletes, Sophia Clarke 8th in GU15, and Maiya Christini 2nd in WU18, also performed strongly.
Maiya followed up the next weekend with 11th in the Senior Girls at NZ Secondary Schools in Dunedin.
Grand Prix Series Race 2 on 16th May at the A&P Showgrounds in Pukekohe was a true cross country test. A tough hill climb, uneven farm paddocks, and a stiff breeze.
Plus a southern motorway snarl-up to delay competitors and raise the tension levels.
Our BU9 pairing of Benji and Robbie were as solid and consistent as Auckland house prices to place 4th and 7th.
While the dynamic duo of Maddie and Lucy in GU11 were 8th and 10th. For the BU11 Toby was 11th and Koen 18th.
Charlotte was 23rd in GU13. In the U15s Benjamin was 10th, Gabrielle 18th and Marieke 22nd. 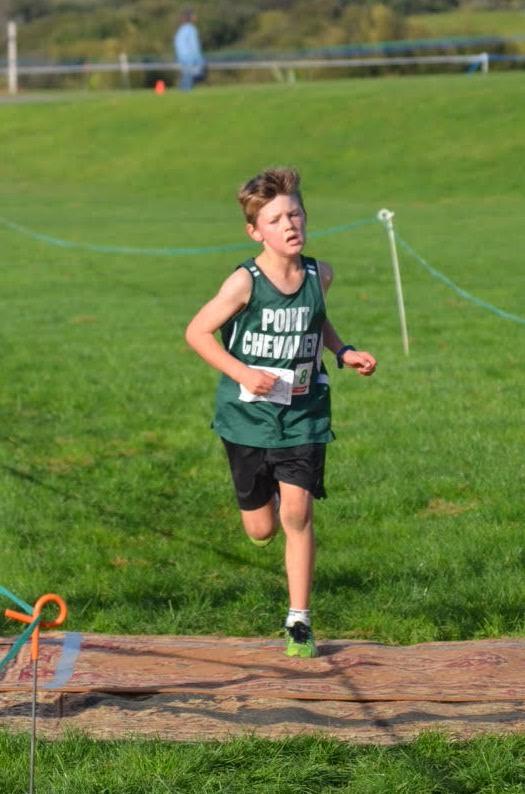 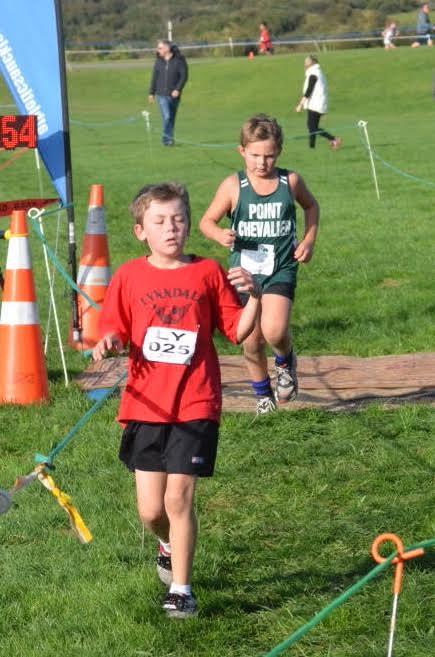 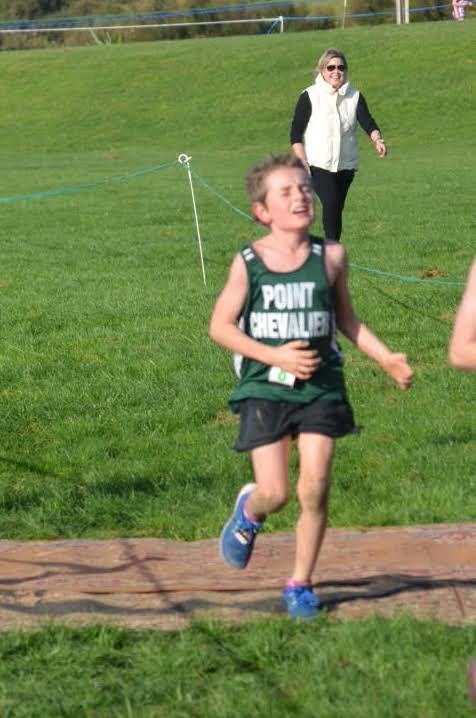 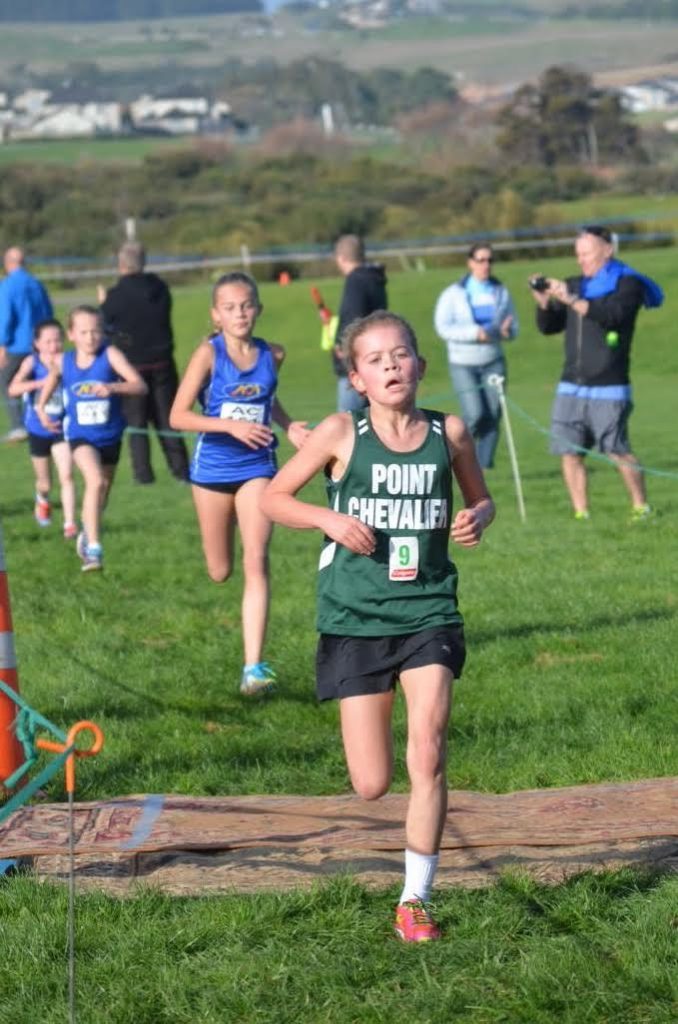 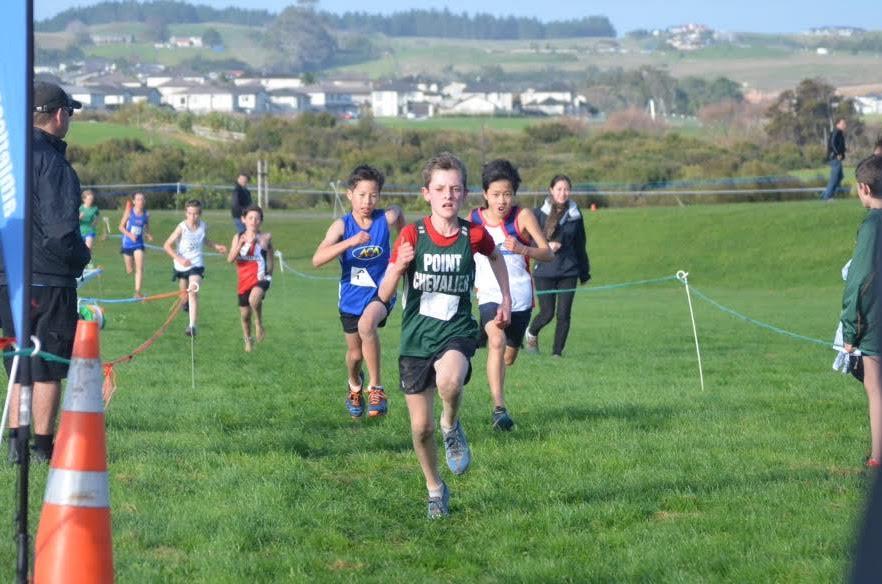 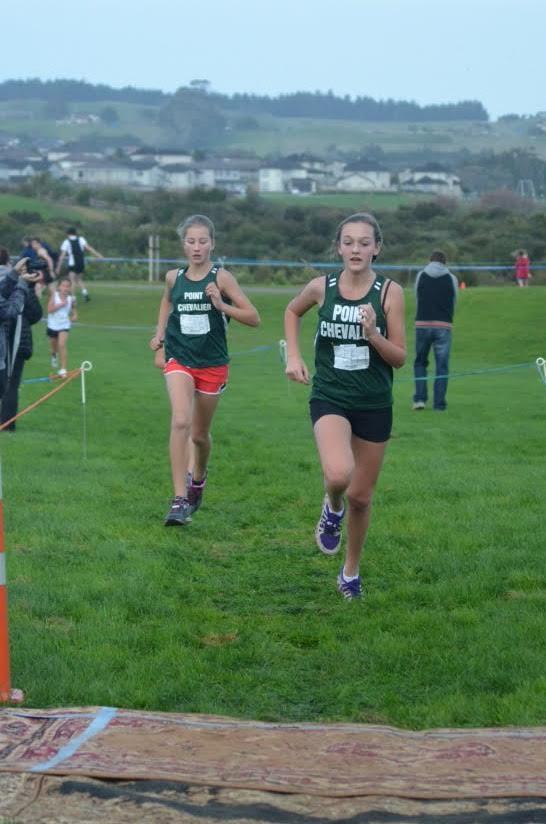 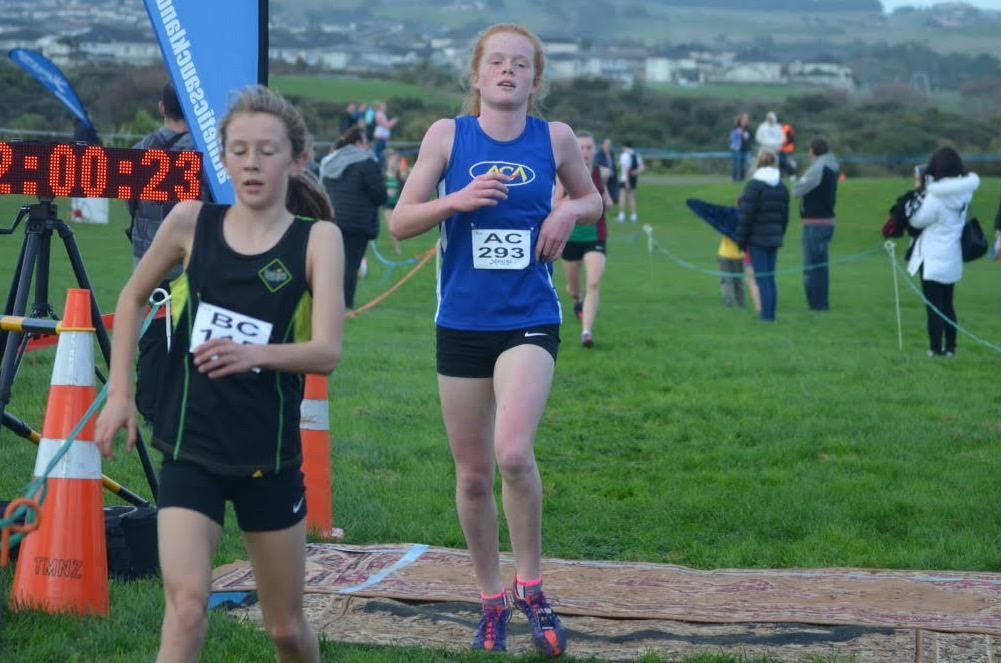 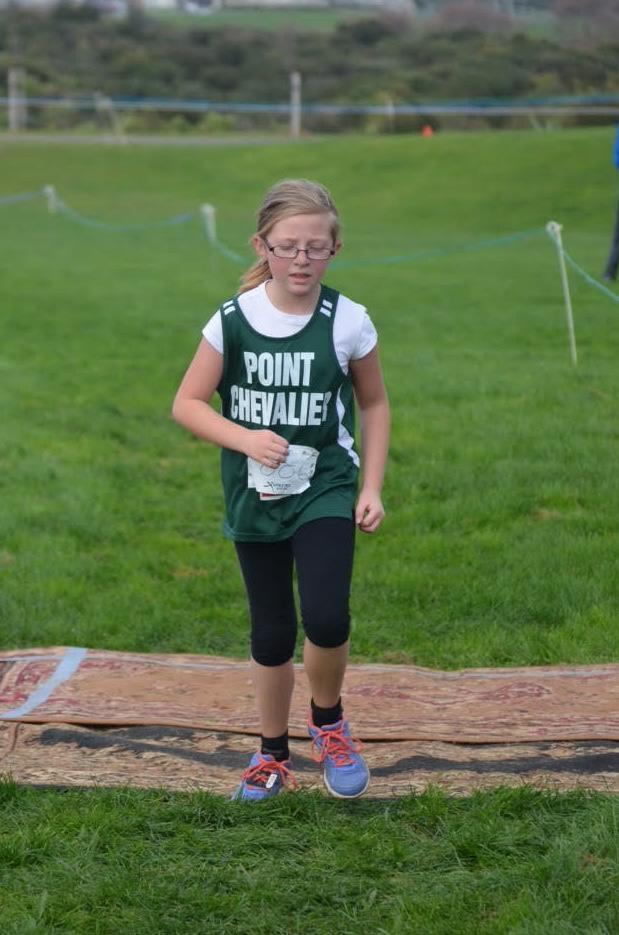