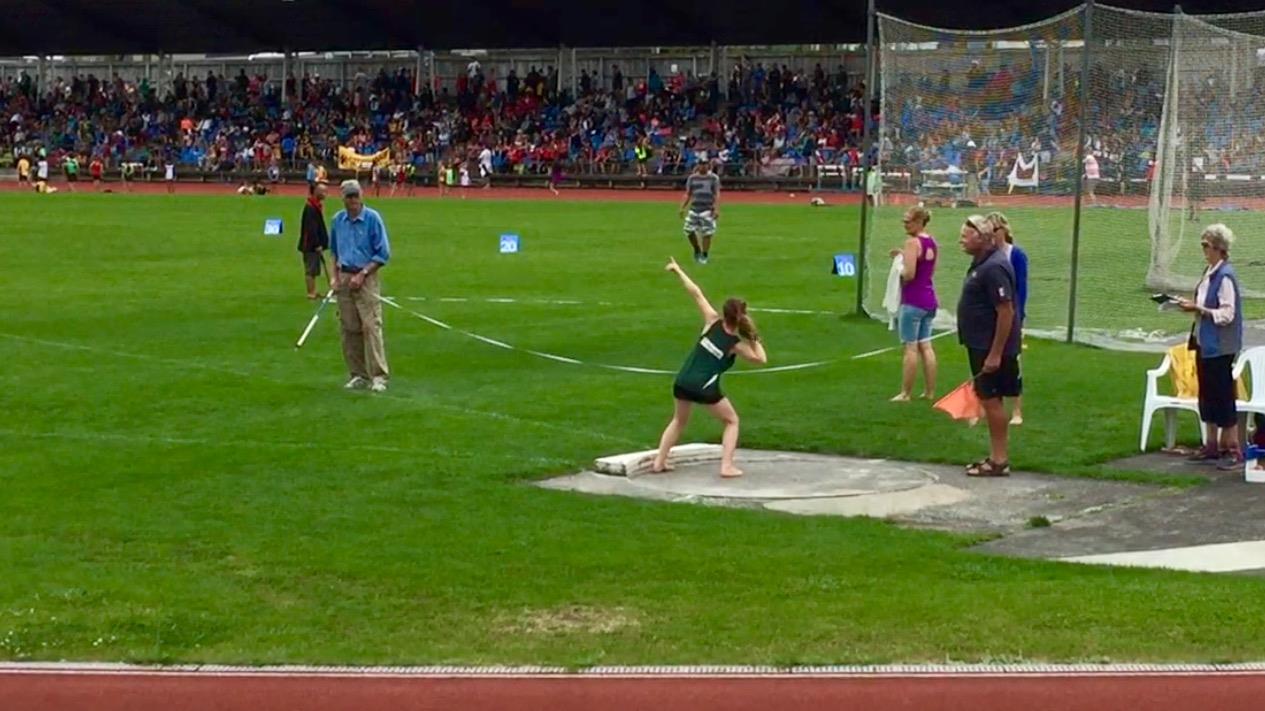 The Auckland Junior Relay Championships were held on Saturday the 10th of December 2016 at Mt Smart Stadium.

Our day started out early with a meeting time of 7.50am at walker park, despite the grey clouds, our team turned up in full force with 40+ athletes departing by bus just after 8am. Upon reaching Mt Smart Stadium we could see a huge crowd already in the grandstands and athletes warming up on the track! There was a great sense of competition in the air and our athletes were buzzing!

Most of our athletes were excited, some had a few butterflies which was to be expected given that this was their first time competing in an athletics championship. The bus ride with their team mates was a great way to help ease the nerves and create a sense of team unity!

Point Chevalier had a strong team of athletes across all age groups! All of our athletes put on a great display and there was plenty of cheering from the stands!

With all athletic meets there was a lot of waiting time in between events and I have to say that our children were very well behaved. We also had a team of committee and parents helping out ensuring that athletes knew where to be and when. A special thanks to Nick, Jon, Fiona and Jandi for giving our athletes advice and talking them through rules and the do’s and don’ts before each event!

Thank you to all parents who were there cheering on our athletes and to those that had a hand in looking after their age groups and doing what they had to, to ensure that we got through the day! (we cannot do it without your help)

Congratulations to all of our athletes, we were impressed with the baton changes not a single baton was dropped! this in itself is a huge achievement! You all contributed well to your teams and put in your best effort! There were some great individual results in the field but the following results deserve a special mention!

Jayda, Cleo and Ava were part of our 7 year girls relay team 2015, together with newbie Isabella this team put in hard work, determination and great athletic ability to come away with a silver medal in the 4 x 100m relay and a bronze medal in the field events! Congratulations Girls!

Our 7 year boys team made up of Deaquan Su, Joseph Mclean, Jack Burns and Boston Chandler placed third in the 4 x 200m relay and came away with a bronze medal. As 7 year old’s this is their first taste of championships! well done, such a great effort, we look forward to seeing you boys on the podium in the future!

It was a long overcast but great day out at athletics!

We hope you all have a safe and happy christmas! see you at Western Springs in 2017! 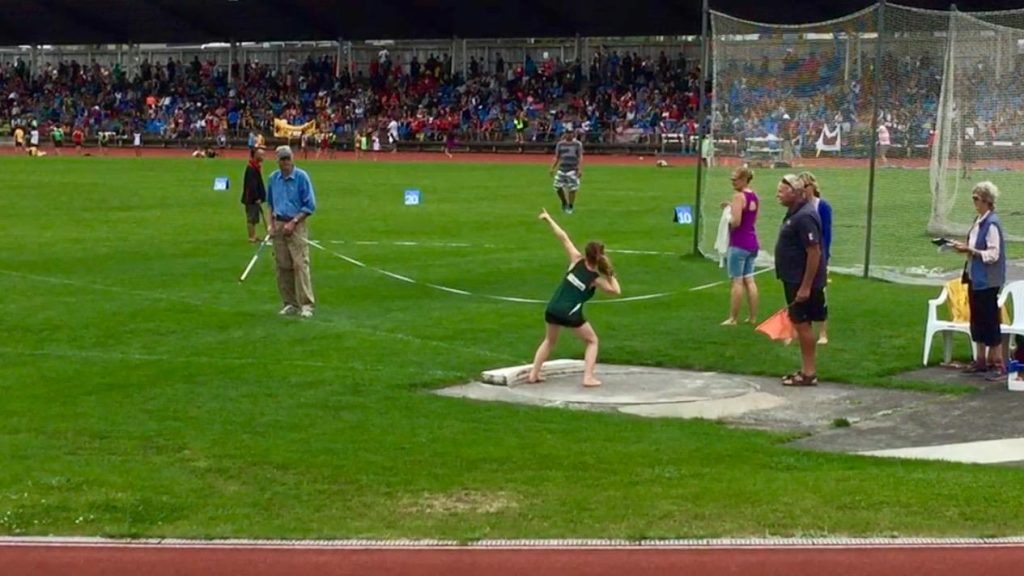 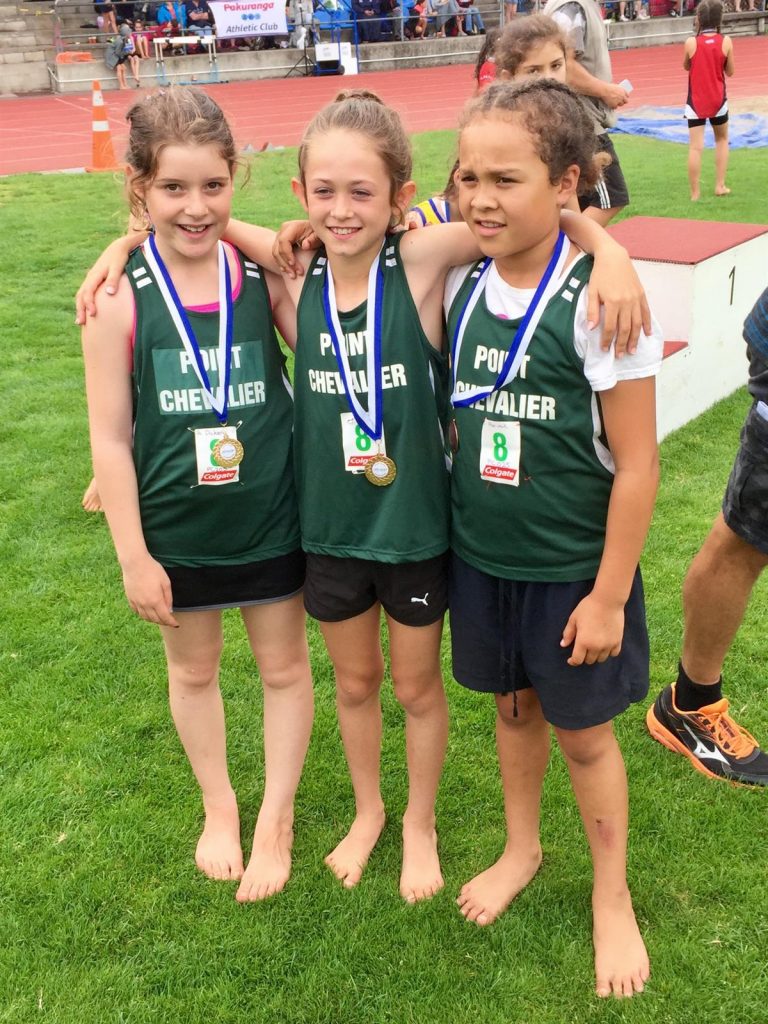 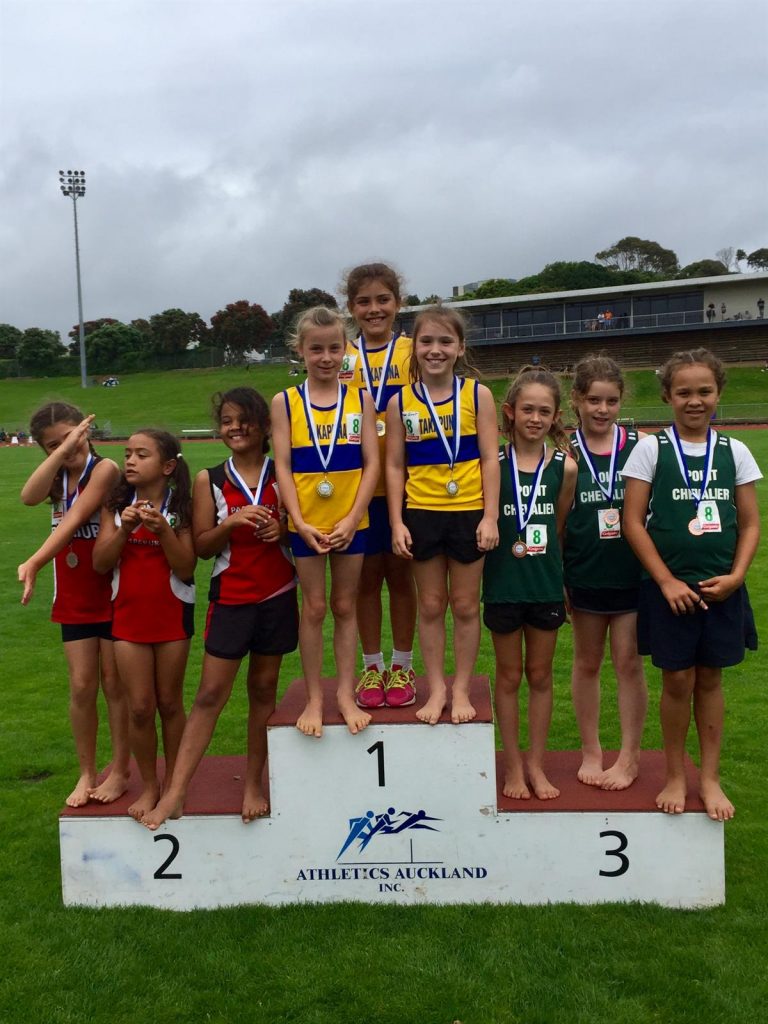 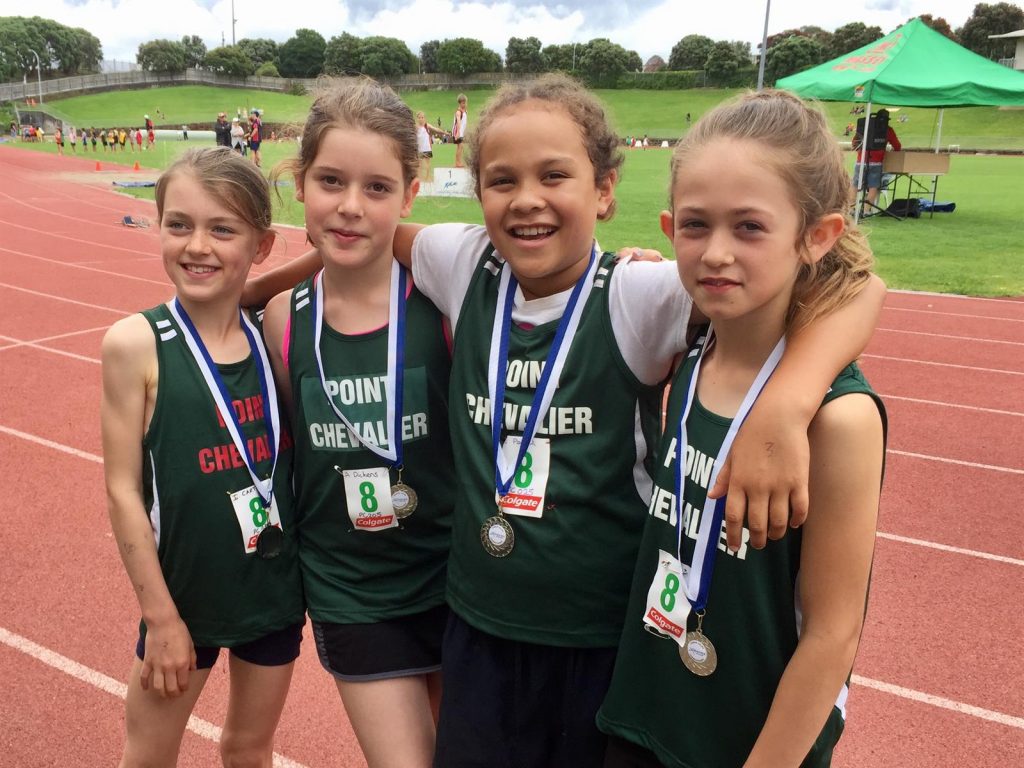 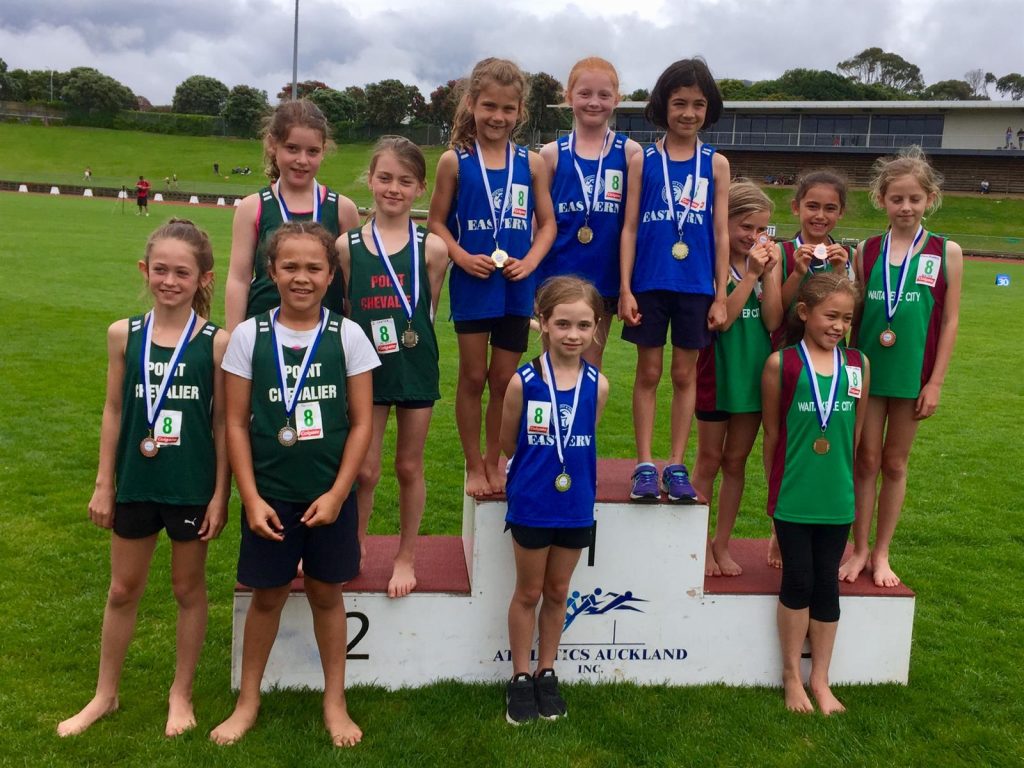 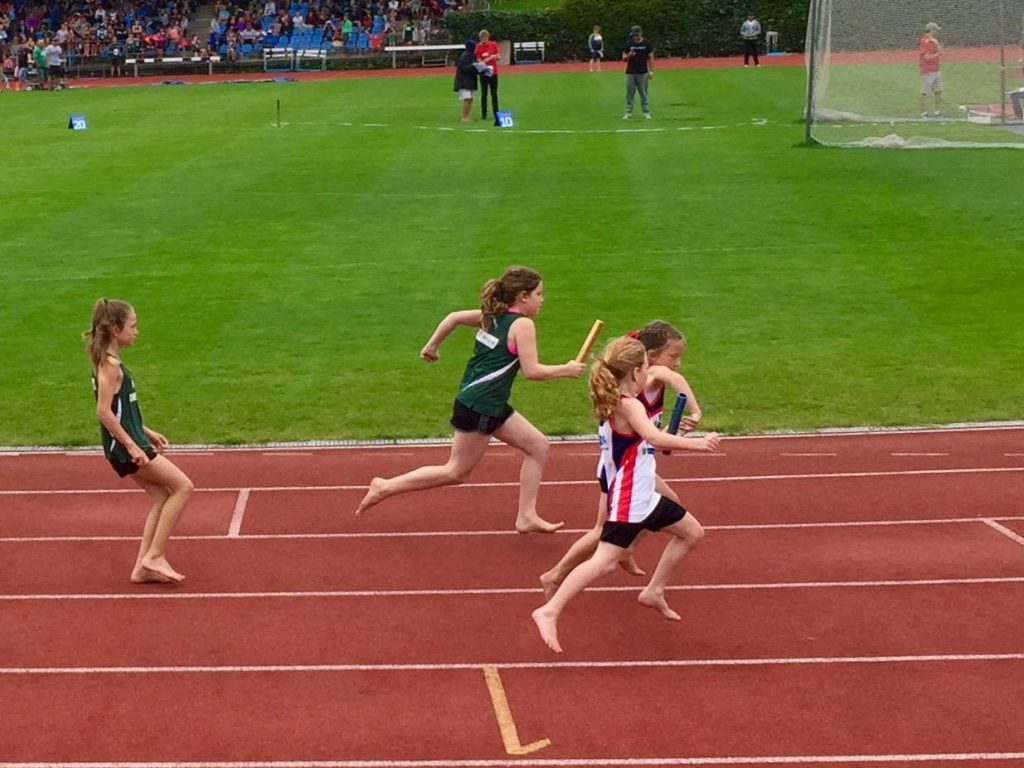 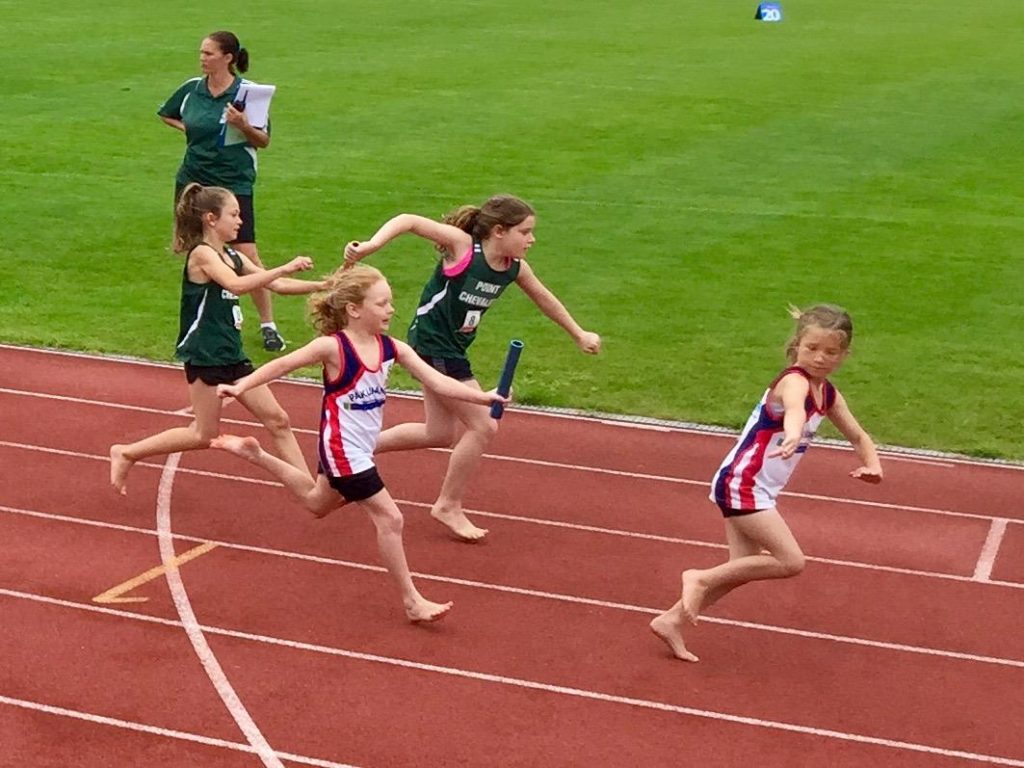 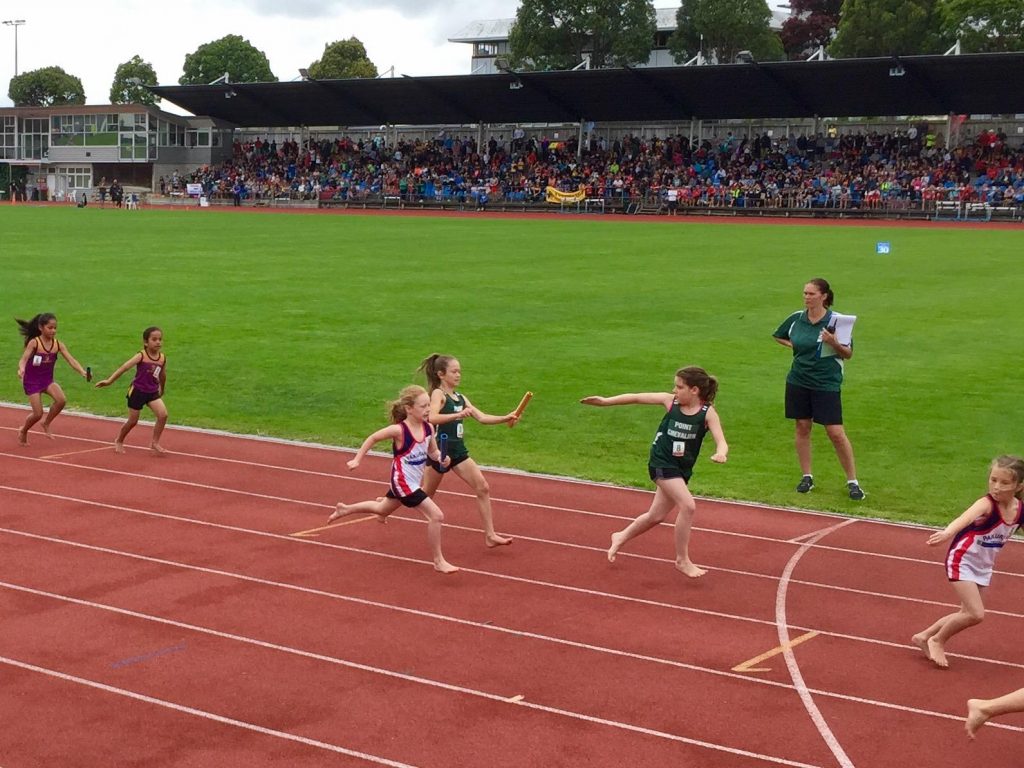